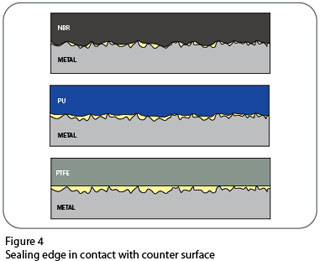 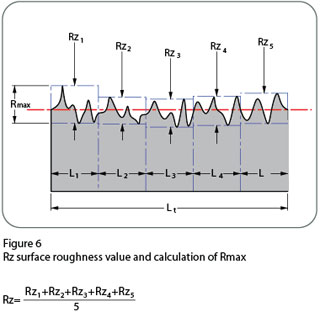 Rz value that we indicate in our catologue is the average of the 5 consecutive maximumum roughness values in specific length of surface, Rmax is the maximum of these values (Figure 6). 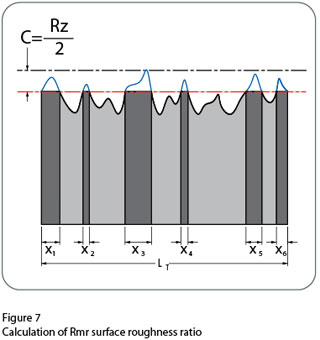 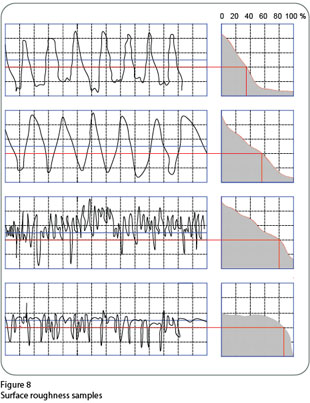 Ra value that we indicate in our catologue is the arithmetic average of the absoloute roughness values in specific length of surface (Figure 5). 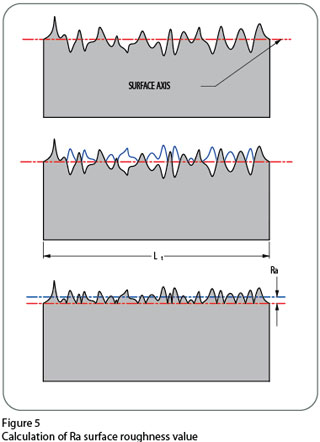 During the working of the sealing element average surface contact area does have a important role besides the Ra and Rz values. Surface contact area Rmr is the ratio of surface roughness cutted with C depth and the proportion of the contact surface areas to non contact surface areas in the specific surface length. Kastaş supplys Rmr values in the catologue in order to maximize the performance of the sealing elements according to C=Rz/2 (Figure 7).

As it can be seen from the above graphs, similar 4 values of Ra and Rz surface cutted with C depth, we see that Rmr value varies between 35% and 90%. The surface roughness on last graph shown on the left side gives an example of the ideal surface. It is also seen that we do not want to have Rmr value to be 100%.
If the Rmr value is higher than 90%, the sliding surface behaves like a mirror and do not leave any oil film on the surface. This basically makes the sealing element
to be damaged in shorter period of time.